"A Night on Bald Mountain" by Modest Mussorgsky

"La Gioconda: Dance of the Hours" by Amilcare Ponchielli

"The Rite of Spring" by Igor Stravinsky 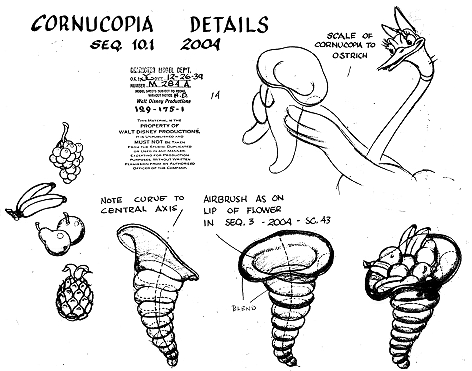 The origin of this film was when Disney began production of "The Sorceror's Apprentice" as a stand-alone short. The resulting film proved to be so costly to film that Disney decided to act on Leopold Stokowski's advice and create a feature anthology of shorts in order to recoup the original's cost.

Composer Igor Stravinsky, whose composition provided the inspiration for the musical segment, "Rite of Spring," was the only living composer whose work was used in Fantasia.  He complained up and down about the treatment his music got in the film, with themes moved around.

The Sorcerer (in "The Sorcerer's Apprentice") is named "Yen Sid", which is "Disney" spelt backwards.

The demon in "Night on Bald Mountain" was supposedly modeled on Béla Lugosi. It was named "Chernobog" after the god of evil in Slavonic mythology.

A segment featuring Claude Debussy's "Clair de Lune" was animated but cut.  It was later used in the "Blue Bayou" scene of Make mine music!

In the "Pastoral Symphony" segment there was originally a scene showing black centaurs shining the hooves of white centaurs. It was not until the 1969 rerelease that this was thought objectionable, and all subsequent releases until 1980 had an abrupt cut at this point. The current video release includes the scene, but with the frame cropped to show only the face of a white centaurette.

Pressure from the Hays office led Disney to put flower bras on the centaurettes, who had been designed bare-breasted. In later releases (including the video release) the two Nubian/zebra centaurettes who attend Bacchus have been edited out (except for a brief glimpse when the trip enters) along with a pickaninny centaurette who shines the others' hooves. Disney was able to call the Video release "complete and unedited" because, under US Law, a studio can edit their own film for video and still call it "complete and unedited". 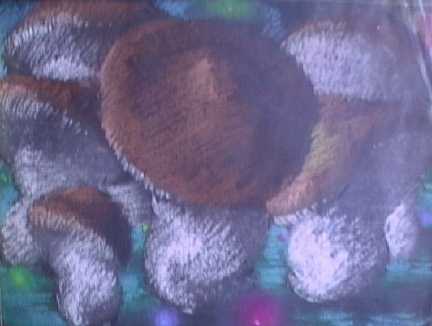 For the premiere, the Broadway theatre in New York was equipped with "Fantasound," a stereophonic sound system that used a total of ninety speakers.  Only twelve theaters across the United States could reproduce the "Fantasound", which required banks of 96 speakers at a cost of $85,000 per theater!

Walt Disney and Leopold Stokowski received an honorific statue at the 1940 Academy Awards.

Three original scenes portraying a Black centaur serving a White one were censored out of the VHS and DVD releases because of the potential for being accused of racism.


THE ORIGINS OF FANTASIA

Fantasia came into being because of Walt Disney's concern for the career of Mickey Mouse. Walt was Mickey's voice, his alter ego, and it troubled him to see the Mickey Mouse career decline.

In 1938, Walt decided to star Mickey Mouse in a cartoon presentation of The Sorcerer's Apprentice, an old fairy tale which had been interpreted as a poem by Goethe and a concert piece by the French composer Paul Dukas.  The entire action would be done in pantomimes to the Dukas music.

Walt planned to release The Sorcerer's Apprentice as a two-reeler, but that changed after a chance meeting with Leopold Stokowski, the distinguished conductor of the Philadelphia Orchestra.

Stokowski, a devoted followed of the Disney cartoons, volunteered to conduct the Dukas music for Walt.  Fascinated and overwhelmed by what he saw when visiting the studio, he suggested other musical works which could be interpreted in animation.

Walt listened to the recordings and his imagination soared. He announced that The Sorcerer's Apprentice would not be released as a 2-reeler, but would be part of a full-length film that would feature other works of serious music as well. The new project was given the working title of The Concert Feature, later renamed Fantasia.

As a sidenote, Disney had to abandon his original plan of a sequel, because of Fantasia's commercial failure. He instead embarked on a series of brief cartoon subjects, based on musical themes--none of them classics, with the exception of Peter and the Wolf by Sergei Prokofiev. This also happened to be the only segment of Make Mine Music (1946) that Disney was pleased with.

Article by Jim Hill publised on JimHillMedia.com in March 2003

QUESTION: What did Walt Disney actually think of the original "Fantasia?"

Perhaps the best way to sum Walt's feelings about his studio's 1940 release would be to recall his appearance at the 1941 Academy Awards.
Walt stood at the podium, crying.

"We all make mistakes ... I shall now rededicate myself to my old ideals."

Where was Walt when he made this tearful apology? Standing at center stage behind the podium, as he accepted the Irving Thalberg Award.

What was Disney apologizing for? Making the original "Fantasia."

I'm serious, folks. Get yourself a copy of Mason Wiley and Damien Bona's great book about the Academy Awards, "Inside Oscar: The Unofficial History of the Academy Awards" (Ballantine Books, March 1996). There you can read how David Selznick presented Walt a bust of Irving Thalberg for the creation of "Fantasia." Once Walt got to the podium, he started weeping, then said:

"Thank you so much for this. Maybe I should have a medal for bravery. We all make mistakes. 'Fantasia' was one but an honest one. I shall now rededicate myself to my old ideals."

The Walt Disney Company would like you to believe that the original "Fantasia" was Walt's masterpiece -- the film that Disney was most proud of.

The truth is ... Walt was embarrassed by "Fantasia."

Not necessarily by the film itself, mind you. But Disney was kind of ashamed of "Fantasia"'s failure during its initial release. You see, Walt always prided himself on his ability to predict what audiences wanted. Way back in 1928, Disney knew that moviegoers would go ga-ga for cartoon characters that talked. Then in 1937, Walt felt that the film-going public was finally ready for a feature length animated film.

These two decisions had helped make Disney a very rich and powerful man. So in 1940, Walt's instincts told him that modern audiences were ready (eager, even) for a film that combined animation and classical music. When "Fantasia" came out in November 1940 and died a dog's death, Walt's self confidence was shaken to the core.

In the years that followed, folks at the studio would try to interest Walt in attempting other ambitious animated features. And -- for a time -- Walt did toy with making toon versions of such high minded fare as Cervantes' comic novel, "Don Quixote" and Wadworth's epic poem, "Hiawatha."

But -- in the end -- Disney eventually pulled the plug on these proposed projects. "Fantasia"'s 1940s failure at the box office lead Walt to mistrust anything that seemed too artistic. Better that the studio should stick with safer, more commercial fare like "Cinderella" (1950) and "Peter Pan" (1953), than risk another disaster like the concert feature.

In Walt's eyes, "Fantasia" was not some noble experiment. It was a failure -- plain and simple, folks. And that film was not a mistake that Disney was eager to repeat. So Walt made an effort to insure that all of the studio's future animated features had the broadest possible audience appeal.

Now -- at any other studio -- a failure like "Fantasia" would have been tucked away in the back of the vault, never again to see the light of day. But Walt Disney Studio was an unusual operation. They liked to re-release their animated films every 7 years or so, to try and capture that audience that hadn't been born yet during the film's previous release.

As you might expect, having the reputation of being a colossal flop made "Fantasia" a particularly difficult film to sell during its re-releases. In 1946, Disney tried marketing the movie by using the cheesy catch phrase: "Fantasia will Amaze-ya!" Which didn't exactly wow the post-WW II crowds.

"Fantasia" was also re-released in 1956 and 1963. On each of these releases, Disney's marketing department sold the movie as being "... a masterpiece that was ahead of its time." Again, the film met with a limp response from the movie-going public and didn't do particularly well at the box office.

It was only after the film's 1963 re-release that Walt learned that "Fantasia" had finally covered its production costs. After 23 years, the film was officially in the black.

What was Walt's reaction to this news? Disneyana fans may be intrigued to hear that -- about this time -- Disney gave some very serious thought to dismantling the company's animation operation. After all, if it took "Fantasia" 23 years to turn a profit, what chance did any of Walt Disney Productions' modern animated films have to ever making any money?

It should be noted that this was when Walt was plowing hundreds of thousands of the company's hard earned bucks into hair-brained schemes as the then-still-secret Florida project. Which was why Roy was putting tremendous pressure on his brother to make economies elsewhere within Walt Disney Productions.

One of the elder Disney's suggestions for cutting back costs was to halt production on any future animated features for the studio. Rather than make any new animated films, Roy felt that Disney could just get by re-releasing the toons the studio already had in the vault.

Thankfully, this was one of those times that Walt opted not to take Roy's advice. He continued development of "Project Florida" as well as putting a new Disney animated feature into production. That film -- "The Jungle Book" -- would be the very last animated film at the studio that Walt would personally supervise. It would also be among the most successful movies the studio would release in the 1960s.

As for "Project Florida" ... well, I'm pretty sure you all know how that one turned out.

Anyway ... the morale of this story is: Just because the official authorized-by-the-Walt-Disney-Company film history books that say that "Fantasia" was a much beloved classic doesn't make it true. That's why I advise you guys to occasionally read something other than these books that Hyperion Press and Disney Editions regularly burp out.

Sometimes it's amazing what you'll learn once you move beyond Mickey's approved reading list.